to be more efficient and save money 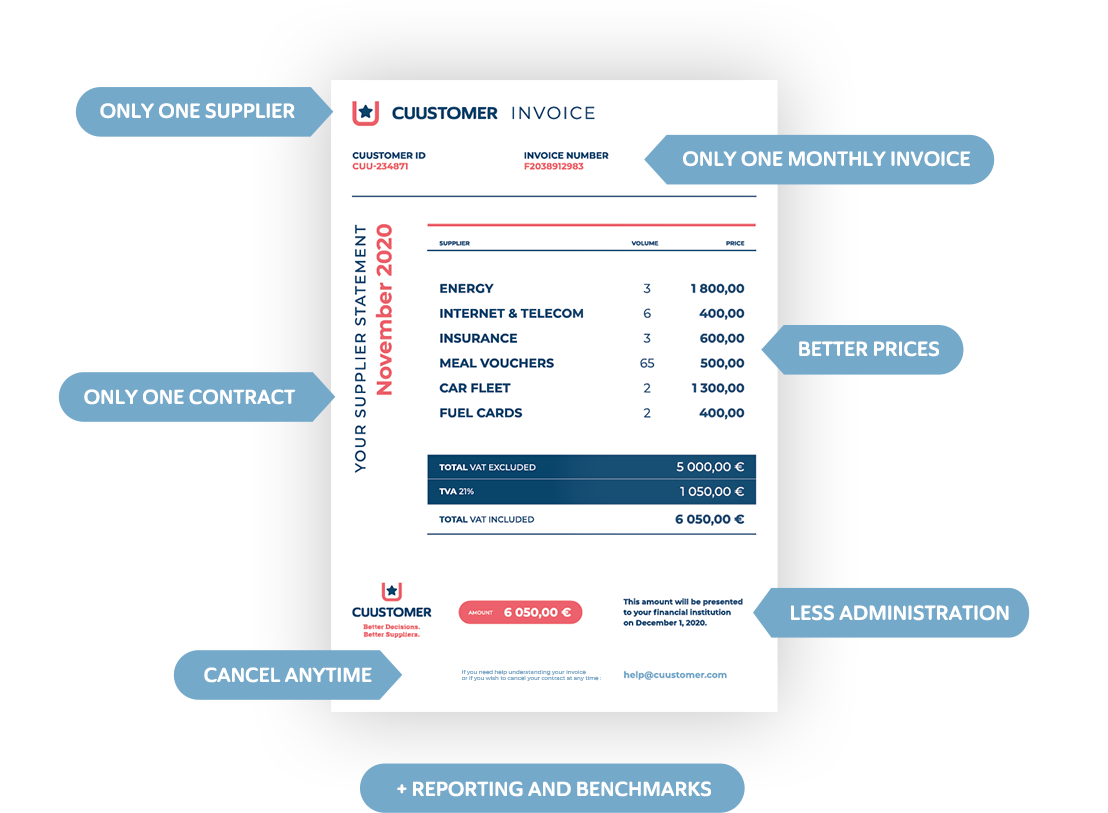 The average percentage of overhead costs within a company

Cuustomer can take over the management of your costs in the following areas:

Cuustomer is a complete solution for your purchases 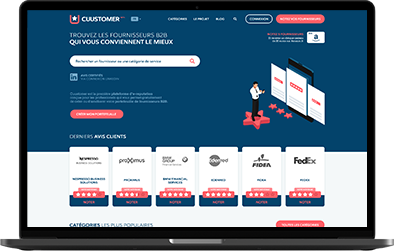 The "TripAdvisor" for B2B service providers

If you like TripAdvisor ? You will love Cuustomer ! Our platform allows you to find and compare for free all B2B service providers in Belgium. To guarantee the quality and objectivity of the reviews, all users are authenticated with a Linkedin profile. 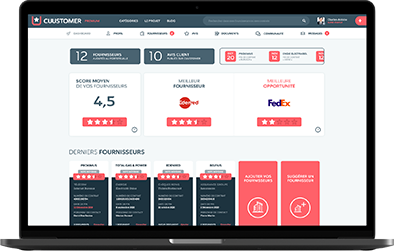 a SaaS for your supplier contracts

At the beginning of 2020, we launched our purchasing management tool. In a few clicks, you can get all your supplier contracts for free on Cuustomer. Discover the rating of your suppliers, end of contracts alerts and easy contract termination.

Do you want to implement a cost optimization plan in your company? Are you looking for solutions or don't know how to implement them. Cost optimization is our business. Since the crisis of 2008, our experts from Bridgewater Consulting have realized hundreds of projects for SMEs and TOP 500 companies in Belgium. Benefit from a personalized analysis of your costs on a "No Cure, No Pay basis".

A great story often begins with a small idea. Florent Hainaut began his career on September 15, 2008, the day Lehman Brothers went bankrupt. The impact of the economic crisis on companies led to the idea of helping large companies to optimise their indirect purchases, in other words general expenses. For ten years, we have been able to successfully support hundreds of large companies in their value creation objectives. However, the No cure No Pay model is not well suited to smaller structures due to a lack of profitability. However, more and more SMEs are also demanding tools to help them make purchasing decisions.

That is why we launched the Cuustomer project in 2019. Under the supervision of an ex-McKinsey, the best technologies have been adopted and a technical team has been put in place to bring value to all those entrepreneurs and companies who want to make better decisions. 100% Belgian startup, we are testing first our model on the Belgian market before launching in other European countries.